Kanye’s 10th studio album, Donda, dedicated to his mother, Donda West, has had one of the most anticipated and controversial lead-ups to any of his albums. With multiple delays from its original release date until it finally dropped August 29th, 2021, Donda had three listening parties to help promote the album.

The album cover was changed three times (in the order below) with Louise Bourgeois’ Les têtes bleues et les femmes rouges being the inspiration for the middle cover. The final cover  used for the album debut is purely black, possibly inspired by one of the producers Gesaffelstein’s similarly black album Hyperion (2018). 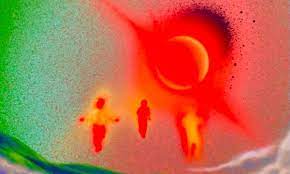 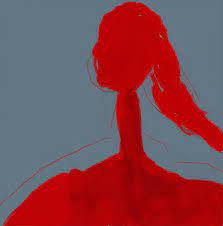 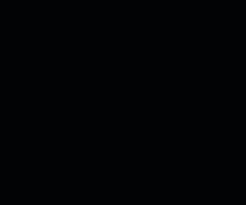 At each party, a new or altered feature came in an album chock full of features. Most controversially, the third listening party featured the presence of both Da Baby (who made troubling homophobic comments) and Marilyn Manson (who is fresh off recent sexual assault allegations). A renewed beef with Drake also helped with the album’s hype.

The album features some familiar producers that West has collabed with before, such as Mike Dean, Gesaffelstein, Boi-1da, Ronny J, DJ Khalil, Warryn Campbell, and Swizz Beats, among many others.

Donda has produced some new ground for Kanye, while also using some old concepts from his past musical endeavors. The avant-garde-esqe opening track of “Donda Chant” has his late mother performed entirely by soul singer Syleena Johnson, with only the word “Donda” being spoken at different intervals. It stands as a questionable but understandable opener.

The next two tracks in “Jail” and “God Breathed” take more minimalist influences that were used extensively on his 6th studio album Yeezus (2013) with a welcome return of longtime collaborator Jay-Z on “Jail.” The song “Off the Grid” has more of a modern drill beat with first time features from Playboi Carti and Fivio Foreign on a West album, with West delivering some of his most charming lyrics. As with many of the songs on Donda, the lyrics in “Off the Grid” deal with rising social and economic inequality, as well as trying to keep God in mind and the strains of mental health. “Hurricane” was originally meant to be on one of West’s many scrapped albums, Yandhi, with all of the original features being replaced by The Weeknd’s angelic vocals and Lil Baby’s phenomenal flow.

Some of the lyrics on Donda can come off as preachy with the major emphasis on God, but the corniest lyrics are often few and far between. Religion is often used in West’s music as an emotional bridge between his anxieties and inner thoughts, most prominently on his 7th and 8th studio albums The Life of Pablo (2016), and ye (2018), and to a lesser extent on his 9th studio album Jesus is King (2019). And Donda is no exception with multiple song titles throughout the album having biblical titles, as shown on the next track with “Praise God.”

The more maximalist autotune track features one of his many musical protégés Travis Scott and relative newcomer Baby Keem, with a spoken word excerpt intro from Donda West’s speech in October of 2007 less than a month before she died. “Jonah” is one of the more personal tracks with West’s rapping about his work ethic playing over an almost ambient pop beat; it features Vory and Lil Durk who rap about their internal struggles and seemingly survivor’s guilt over their harsh upbringings. “Ok Ok” has Foreign returning with West, Lil Yachty, and Rooga to express their dismay with fake/backstabbing friends and how they often wish on your downfall, and only showing up when it benefits them. West’s tribute to the enigmatic Japanese fashion designer Junya Watanabe on his eponymous track (simplified as “Junya”) as West and Carti celebrate their wealth over a trap-inspired beat, a fun song even if lacking emotional weight comparatively.

His next track pays homage to rap legend Ms. Lauryn Hill with a sample from her song “Doo Wop (That Thing)” and with him rapping how he doesn’t let the media bring him down (which always tended to portray him in a negative light since his early career). The feature here has famous Jamaican reggae artist Buju Banton talking about a complicated relationship, which may be an allegory to West’s relationship with the media as portrayed in the song. “24” has West collaborating with Sunday Service Choir as he did almost exclusively on Jesus is King, as such it is probably one of/if not the most spiritually driven songs in West’s discography with him reaffirming his faith and emotionally putting his entire self in God’s hands. It is followed by one of West’s most preachy faith based songs on the album, “Remote Control,” with God literally in Remote Control as West states. Young Thug’s feature was a highlight in an overall mediocre song.

Long time protégé and collaborator Kid Cudi features on the fittingly titled “Moon” (due to Cudi’s long association with the moon in his music) as well as beautiful vocals by Don Toliver, with the song being primarily performed by Cudi on his internal struggles and his content with moving on. “Heaven and Hell” and “Donda” have fairly similar thematic themes about God with “Heaven and Hell” being more preachy and “Donda” having another speech excerpt from West’s mother, although it is much more prominent this time and more gospel-focused musically than the sample heavy beat on “Heaven and Hell.”

“Keep My Spirit Alive” seemingly combines and makes a balance of the past two tracks with gospelish vocals from KayCyy and more social commentary-oriented rapping from West, Westside Gunn, Conway the Machine, and Royce da 5’9.” The next song, “Jesus Lord,” has West emotionally tell us about his drug addictions that he used to cope with his mother’s death and his mental health, he also gives us some verses on how people’s poor upbringings often make them question their faith in God. Jay Electronica also features with similar themes in his verses, with the main theme being to keep faith in the face of societal issues, something further emphasized on the ending monologue delivered by Larry Hoover Jr. on having his father being freed from his unjust imprisonment.

“New Again” has one of the more synth-pop beats reminiscent of his 3rd and 4th studio album, Graduation (2007) and 808s & Heartbreak (2008), with the lyrics less strong and being more preachy, with West and Chris Brown rapping about evangelicalism. “Tell The Vision” is by far one of the low points in the album, with it being entirely rapped by the late Pop Smoke about “making it,” which seems disingenuous due to Smoke’s death last year.

“Lord I Need You” entails the recent divorce between Kanye and ex-wife Kim Kardasian as he comes to seemingly good terms on their relationship while also thanking her for all the wonderful things she’s brought him, such as their children. Roddy Rich and West put aside their minor beef to collaborate on a gospel organ-inspired beat about coming up from the bottom and staying true to themselves and not selling out to the fortune of fame, with an inspiring outro by Shenseea. “Come to Life” details more on West’s rocky relationship with Kardasian over wonderful synth-ish instrumentals, with the known braggadocio West even wishing for a different life but still having God help him become content with the one he has now.

“No Child Left Behind” (in reference to George W. Bush’s education act of the same name) has divine organ chords being played over West’s concern over his children’s future with a feature from Vory on his reliance on God over others. The next three part 2s for Jail, Ok Ok, and Jesus Lord are essentially the same musically with some feature changes and edits, most controversially on Jail pt. 2 with Da Baby and Marilyn Manson. Manson provides background vocals and Da Baby addresses his “cancellation” by the industry, making the appeal that he too came from nothing the same as any other rapper, with him noticeably not addressing why he cancelled in the first place. “Ok Ok pt. 2” has a shortened verse of Lil Yachty while adding an entirely new verse by Shenseea and “Jesus Lord pt.2” having additional verses from the LOX crew of rappers.

Overall the album can be considered bloated with some filler as well as some low points especially near the end with the pt. 2s, but overall the album as a whole is consistently great in lyrical quality, production, and thematic connections with God that do not come off as overbearing or overly preachy. West uses God more effectively as a bridge between himself and the listener to tell them of his internal and external struggles with himself and the unjust society in mind with the importance of keeping God in mind.