Music Review: Falling In Reverse “I’m Not a Vampire (revamped)” 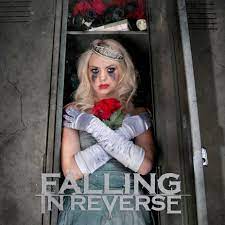 On February 12, 2021, Falling In Reverse released a new and improved version of their original song “I’m not a Vampire.”

The original was released back in 2011  along with the rest of the album, Drug In Me Is You and had a huge impact on the emo/hardcore community.  While the original had major success on YouTube, receiving 44 million views, the revamped version gained 2.8 million views!

Lead singer/songwriter, Ronnie Radke has been incorporating different genres such as rap, metal, pop, etc. into the band’s music over the years. However, he says the band features mainly pop now that he does “everything.”

I love that Falling In Reverse is so diverse because that means more people can enjoy the music since it’s not limited to one genre.

I was so excited to hear that there was going to be a new single! The song includes a very beautiful orchestra type beat.

Personally, I love the music video and enjoy the song itself, but the majority of the band’s old fanbase no longer supports them since these fans were more fond of the band’s former “hardcore“ music.

So, if you’re looking for a diverse band leaning more towards the emo/hardcore genre, Falling In Reverse is the band for you.

I hope you enjoy their music as much as I do!