Posted on February 13, 2021 by shoemakerbugle 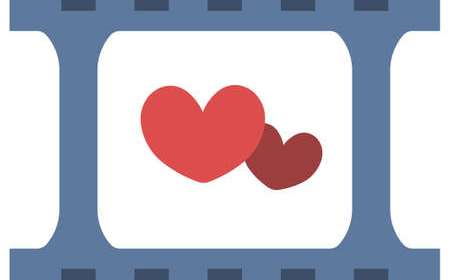 Even if you’re anti-Valentine’s, movies are still awesome no matter what they’re about. There is always a story to tell and actors trying their best to act. So here are some romantic movies to watch before the month is over.

With a rating of 100% on Rotten Tomatoes, this movie is a must see. Two strangers meet on a train and decide to spend the day together from the instant connection they feel from one another. They only have just one day to get to know each other because our main character is leaving for America the next day. The heartbreak sticks with you days after watching. It’s been with me for two years. P.S.: It’s also a trilogy, so the two additional movies connected to this one are just as good (Before Sunset-2004 and Before Midnight-2013).

The story of enemies turned lovers, but they were in love the whole time and just pretended to hate each other. Innocent, sincere, poetic love is the only way to describe it. You don’t see stuff like this anymore unless you’re reading Shakespeare, but this one you can more easily understand.

Our main character can time travel, and he meets the love of his life. Every time something goes wrong, he can go back and do it over. He learns a life lesson by the end.

A rom-com classic. Almost an enemies-turned-lovers arc but they never had sincere hatred for each other, just dislike. Instead, friends become lovers as Harry and Sally bump into each other several times over the years. They never thought they would date because it was strictly platonic, but something just happens overnight.

The main characters have been friends since they were teens. They have an accidental kiss and it is never talked about after. Both pretend as if it didn’t happen, but time goes on without confessing their love for one another. Later, the girl gets pregnant–not by the love interest, but she keeps it a secret from him for most of the movie.

She’s sixteen and crushing hard on the popular kid at school. He takes notice and somehow things are never in their favor for them to meet. A cute teen romance and ‘80s classic.

Seeking a Friend for the End of the World (2012), dir. Lorene Scafaria

Just about a week left until the world ends, everyone on earth is living life to the fullest. Ending relationships, drinking to oblivion, and other promiscuous things are going on, and the main character gets dumped. His neighbor brings him three-month-old mail and he discovers he has received a love letter from his high school sweetheart. The neighbor then makes it her last mission on earth to have them meet once more… but there’s another plot twist…

Right before Orlando Bloom’s main character hilariously fails at a “suicide attempt,” he gets a call from home that his father is dead. He goes back home to Kentucky to arrange the funeral and meets the love interest on his flight, the flight attendant played by Kirsten Dunst. She’s the quirky, go getting, interesting girl who changes his life. It’s an easy watch. Sort of in the dark and quirky comedy style of 500 Days of Summer, if that helps.

A cute, young romance. Two preteens run away together because they are in love but are soon found by a search party. Their romance is sweet and innocent.

A peculiar and interesting story based on an F. Scott Fitzgerald short story. Benjamin is born at old age. His bones and body are that of an 80-year-old on the brink of death as a newborn; but as he gets older, his body gets younger as he ages in reverse. He also meets the love of his life at fifty-seven years old but nobody wants them being friends because he looks like an old man. From there, the story unravels itself. Although being last on the list, this one made me cry the hardest and longest (for a good thirty minutes, I believe!).