The Weeknd “Snagged” of Grammy Nomination

Posted on December 14, 2020 by shoemakerbugle 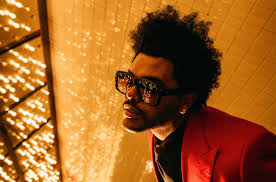 The annual Grammy nominations have been released, and people have been left in shock: the infamous music artist The Weeknd wasn’t nominated for any categories!

After dropping his fifth studio album in March, Weeknd’s After Hours sold about 440,000 units in its first week. One song from this album “Blinding Lights,” has spent a whole entire YEAR on the Hot 100! This on its own is an amazing accomplishment, and it ranks Top 10 for a record, extending for its 41st week.

The Weeknd was also number one on Complex’s Top 50 albums of the year. And if accolades like these weren’t enough, the songs within the album speak for themselves. After Hours contains a complicated story showing struggles with love and turning to drugs. The album is one whole narrative that can be compared to a well-written movie.

Beloved by fans, After Hours is undoubtedly the artist’s best album yet. It makes one wonder why he was snubbed. Fans have every right to be outraged.